I have used non-standard RSA key size for maybe 15 years. For example, my old OpenPGP key created in 2002. With non-standard key sizes, I mean a RSA key size that is not 2048 or 4096. I do this when I generate OpenPGP/SSH keys (using GnuPG with a smartcard like this) and PKIX certificates (using GnuTLS or OpenSSL, e.g. for XMPP or for HTTPS). People sometimes ask me why. I haven’t seen anyone talk about this, or provide a writeup, that is consistent with my views. So I wanted to write about my motivation, so that it is easy for me to refer to, and hopefully to inspire others to think similarily. Or to provoke discussion and disagreement — that’s fine, and hopefully I will learn something. 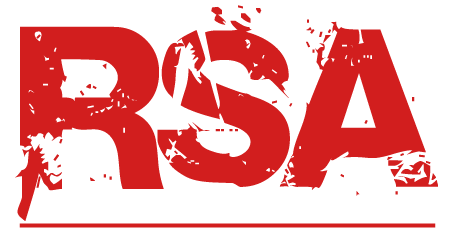 Before proceeding, here is some context: When building new things, it is usually better to use the Elliptic Curve technology algorithm Ed25519 instead of RSA. There is also ECDSA — which has had a comparatively slow uptake, for a number of reasons — that is widely available and is a reasonable choice when Ed25519 is not available. There are also post-quantum algorithms, but they are newer and adopting them today requires a careful cost-benefit analysis.

First some background. RSA is an asymmetric public-key scheme, and relies on generating private keys which are the product of distinct prime numbers (typically two). The size of the resulting product, called the modulus n, is usually expressed in bit length and forms the key size. Historically RSA key sizes used to be a couple of hundred bits, then 512 bits settled as a commonly used size. With better understanding of RSA security levels, the common key size evolved into 768, 1024, and later 2048. Today’s recommendations (see keylength.com) suggest that 2048 is on the weak side for long-term keys (5+ years), so there has been a trend to jump to 4096. The performance of RSA private-key operations starts to suffer at 4096, and the bandwidth requirements is causing issues in some protocols. Today 2048 and 4096 are the most common choices.

My preference for non-2048/4096 RSA key sizes is based on the simple and naïve observation that if I would build a RSA key cracker, there is some likelihood that I would need to optimize the implementation for a particular key size in order to get good performance. Since 2048 and 4096 are dominant today, and 1024 were dominent some years ago, it may be feasible to build optimized versions for these three key sizes.

My observation is a conservative decision based on speculation, and speculation on several levels. First I assume that there is an attack on RSA that we don’t know about. Then I assume that this attack is not as efficient for some key sizes than others, either on a theoretical level, at implementation level (optimized libraries for certain characteristics), or at an economic/human level (decision to focus on common key sizes). Then I assume that by avoiding the efficient key sizes I can increase the difficulty to a sufficient level.

Before analyzing whether those assumptions even remotely may make sense, it is useful to understand what is lost by selecting uncommon key sizes. This is to understand the cost of the trade-off.

A significant burden would be if implementations didn’t allow selecting unusual key sizes. In my experience, enough common applications support uncommon key sizes, for example GnuPG, OpenSSL, OpenSSH, FireFox, and Chrome. Some applications limit the permitted choices; this appears to be rare, but I have encountered it once. Some environments also restrict permitted choices, for example I have experienced that LetsEncrypt has introduced a requirement for RSA key sizes to be a multiples of 8. I noticed this since I chose a RSA key size of 3925 for my blog and received a certificate from LetsEncrypt in December 2015 however during renewal in 2016 it lead to an error message about the RSA key size. Some commercial CAs that I have used before restrict the RSA key size to one of 1024, 2048 or 4096 only. Some smart-cards also restrict the key sizes, sadly the YubiKey has this limitation. So it is not always possible, but possible often enough for me to be worthwhile.

Another cost is that RSA signature operations are slowed down. This is because the exponentiation function is faster than multiplication, and if the bit pattern of the RSA key is a 1 followed by several 0’s, it is quicker to compute. I have not done benchmarks, but I have not experienced that this is a practical problem for me. I don’t notice RSA operations in the flurry of all of other operations (network, IO) that is usually involved in my daily life. Deploying this on a large scale may have effects, of course, so benchmarks would be interesting.

Back to the speculation that leads me to this choice. The first assumption is that there is an attack on RSA that we don’t know about. In my mind, until there are proofs that the currently known attacks (GNFS-based attacks) are the best that can be found, or at least some heuristic argument that we can’t do better than the current attacks, the probability for an unknown RSA attack is therefor, as strange as it may sound, 100%.

The second assumption is that the unknown attack(s) are not as efficient for some key sizes than others. That statement can also be expressed like this: the cost to mount the attack is higher for some key sizes compared to others.

At the implementation level, it seems reasonable to assume that implementing a RSA cracker for arbitrary key sizes could be more difficult and costlier than focusing on particular key sizes. Focusing on some key sizes allows optimization and less complex code.

At the mathematical level, the assumption that the attack would be costlier for certain types of RSA key sizes appears dubious. It depends on the kind of algorithm the unknown attack is. For something similar to GNFS attacks, I believe the same algorithm applies equally for a RSA key size of 2048, 2730 and 4096 and that the running time depends mostly on the key size. Other algorithms that could crack RSA, such as some approximation algorithms, does not seem likely to be thwarted by using non-standard RSA key sizes either. I am not a mathematician though.

At the economical or human level, it seems reasonable to say that if you can crack 95% of all keys out there (sizes 1024, 2048, 4096) then that is good enough and cracking the last 5% is just diminishing returns of the investment. Here I am making up the 95% number. Currently, I would guess that more than 95% of all RSA key sizes on the Internet are 1024, 2048 or 4096 though. So this aspect holds as long as people behave as they have done.

The final assumption is that by using non-standard key sizes I raise the bar sufficiently high to make an attack impossible. To be honest, this scenario appears unlikely. However it might increase the cost somewhat, by a factor or two or five. Which might make someone target a lower hanging fruit instead.

Putting my argument together, I have 1) identified some downsides of using non-standard RSA Key sizes and discussed their costs and implications, and 2) mentioned some speculative upsides of using non-standard key sizes. I am not aware of any argument that the odds of my speculation is 0% likely to be true. It appears there is some remote chance, higher than 0%, that my speculation is true. Therefor, my personal conservative approach is to hedge against this unlikely, but still possible, attack scenario by paying the moderate cost to use non-standard RSA key sizes. Of course, the QA engineer in me also likes to break things by not doing what everyone else does, so I end this with an ObXKCD.