GSS-API is a standardized framework that is used by applications to, primarily, support Kerberos V5 authentication. GSS-API is standardized by IETF and supported by protocols like SSH, SMTP, IMAP and HTTP, and implemented by software projects such as OpenSSH, Exim, Dovecot and Apache httpd (via mod_auth_gssapi). The implementations of Kerberos V5 and GSS-API that are packaged for common GNU/Linux distributions, such as Debian, include MIT Kerberos, Heimdal and (less popular) GNU Shishi/GSS.

When an application or library is packaged for a GNU/Linux distribution, a choice is made which GSS-API library to link with. I believe this leads to two problematic consequences: 1) it is difficult for end-users to chose between Kerberos implementation, and 2) dependency bloat for non-Kerberos users. Let’s discuss these separately.

Hopefully I have made the problem statement clear above, and that I managed to convince you that the state of affairs is in need of improving. I learned of the problems from my personal experience with maintaining GNU SASL in Debian, and for many years I ignored this problem.

Libgssglue is a library written by Kevin W. Coffman based on historical GSS-API code, the initial release was in 2004 (using the name libgssapi) and the last release was in 2012. Libgssglue provides a minimal GSS-API library and header file, so that any application can link to it instead of directly to MIT Kerberos or Heimdal (or GNU GSS). The administrator or end-user can select during run-time which GSS-API library to use, through a global /etc/gssapi_mech.conf file or even a local GSSAPI_MECH_CONF environment variable. Libgssglue is written in C, has no external dependencies, and is BSD-style licensed. It was developed for the CITI NFSv4 project but libgssglue ended up not being used.

I have added support to build GNU SASL with libgssglue — the changes required were only ./configure.ac-related since GSS-API is a standardized framework. I have written a fairly involved CI/CD check that builds GNU SASL with MIT Kerberos, Heimdal, libgssglue and GNU GSS, sets ups a local Kerberos KDC and verify successful GSS-API and GS2-KRB5 authentications. The ‘gsasl’ command line tool connects to a local example SMTP server, also based on GNU SASL (linked to all variants of GSS-API libraries), and to a system-installed Dovecot IMAP server that use the MIT Kerberos GSS-API library. This is on Debian but I expect it to be easily adaptable to other GNU/Linux distributions. The check triggered some (expected) Shishi/GSS-related missing features, and triggered one problem related to authorization identities that may be a bug in GNU SASL. However, testing shows that it is possible to link GNU SASL with libgssglue and have it be operational with any choice of GSS-API library that is shipped with Debian. See GitLab CI/CD code and its CI/CD output.

This experiment worked so well that I contacted Kevin to learn that he didn’t have any future plans for the project. I have adopted libgssglue and put up a Libgssglue GitLab project page, and pushed out a libgssglue 0.5 release fixing only some minor build-related issues. There are still some missing newly introduced GSS-API interfaces that could be added, but I haven’t been able to find any critical issues with it. Amazing that an untouched 10 year old project works so well!

My current next steps are:

What do you think? Happy Hacking! 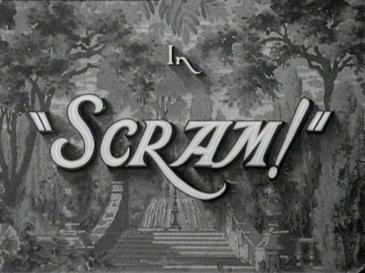 What is important is to demonstrate how GNU SASL can now talk IMAP authenticated with GS2-KRB5 using KfW on native Windows. END_OF_DOCUMENT_TOKEN_TO_BE_REPLACED

Yesterday (12th July 2010) the RFC editor announced the publication of RFC 5801, which I’m co-author of. The GS2 document has taken 5 years to reach this status, see my page on GS2 status.

So what is GS2? END_OF_DOCUMENT_TOKEN_TO_BE_REPLACED

I have worked in the IETF on the specification for the next generation GSSAPI-to-SASL bridge called GS2 (see my status page for background) for a couple of years now. The specification is (finally!) in the RFC editor’s queue, and is supposed to be stable and final although we are still tuning some details. The next step is to implement the protocol and do interop testing. A couple of months of implementation and testing work culminated in tonight’s release of GNU SASL 1.5.0 (see announcement here). Or should I say that the work can now begin…
END_OF_DOCUMENT_TOKEN_TO_BE_REPLACED

I have read Russel Coker’s nice article on identifying use of thread unsafe functions. This reminded me of a script I wrote a long time ago that is part of GNU SASL‘s regression suite: threadsafety.

The list contains lgamma, lgammaf, and lgammal which are all excluded by Russel’s command. I don’t understand why — according to the man page, the functions uses a global variable for sign, which doesn’t seem thread safe. So it seems right to include them?

What’s more interesting (for me) is the list of functions that Russel’s script catches that my script currently doesn’t. Here is the list:

I started looking into each function. For erand48 there is a erand48_r function in glibc, and the former does indeed seem to use a global variable. However, as far as I can tell from the POSIX specification, erand48 should be thread safe. So I filed a glibc bug about it. The same concern may hold for jrand48, lcong48, nrand48, seed48, and srand48.

I noticed that initstate, random, setstate, and srandom are defined by latest POSIX, but not mentioned as a thread-unsafe functions. Possibly a bug in the POSIX specification?

I also noticed that I had missed to include tmpnam even though it is mentioned separately in the POSIX link.

The rest of the functions are not documented by POSIX, and presumably thread unsafe (although I didn’t read the man page or source code for each of them).

In the end, I ended up adding several new functions to check for. The latest script is always available from:

So, finally, did the updated script catch any use of thread-unsafe functions in GNU SASL? Nope.

Sometimes it can be useful to build things without the autoconf ./configure machinery, and just use a simple and hand-maintained makefile and config.h. This is needed to build things in older uClinux environments. I wrote some instructions on how to build GnuTLS and GNU SASL, and their dependencies (libgpg-error, libgcrypt, libtasn1) without running ./configure, see:

The makefile/config.h aren’t specific to uClinux, so if you for some reason need to build these projects in some other environment, without autoconf, the files may be useful.

(Although if you want to build GnuTLS/GSASL properly under a modern uClinux, you’ll be better of reading an earlier post.)

Building software for embedded systems is quite simple today. A returning customer asked me to clarify how to build gsasl and gnutls under uClinux, and I finally created a web page collecting the instructions and patch.